When you encounter various health issues, it's easy to be embarrassed about them — especially when they relate to certain areas of your body. However, even though you can occasionally learn some home remedies online, you shouldn't shy away from bringing these issues to the attention of your primary care doctor. You need to remember that medical professionals see similar issues all the time. And, while you might be shy about them, the reality is that your family doctor won't bat an eye when you awkwardly share what's going on. Ignoring these issues can affect your quality of life, so make sure to make an appointment to deal with them.

No one likes the idea of having to drop your pants so that the doctor can inspect your backside, but it's far better to seek medical treatment for hemorrhoids than to ignore the problem and let it severely impact your life. Although you can reduce the symptoms of this common health condition through diet, exercise, and ointment, you may occasionally reach a serious point at which it's necessary to seek medical care. Any embarrassment that you initially feel will soon be forgotten when the doctor provides the care to eliminate this problem for you.

Many men are highly sensitive about erectile dysfunction, as they may feel that their inability to get or sustain an erection somehow makes them less of a man. This problem isn't the end of the world — but it can be an issue if you don't speak to your doctor about it. Erectile dysfunction, when left untreated, has the potential to affect your marriage, which is the last thing you want. Your doctor will talk to you about the causes of this issue and then likely prescribe medication that should fix the issue.

No one likes to think that he or she has a sexually transmitted disease, much less seek medical care for it. The reality, however, is that STDs can often get worse if they're untreated, sometimes to the point that your overall health is compromised. You don't need to worry about divulging an STD to your doctor. Not only will he or she not judge you, but the doctor will also put you on the path to getting over the issue and regaining your health. Even if you're initially embarrassed, the relief that you experience in the near future will outweigh any uncomfortable feelings you've experienced. 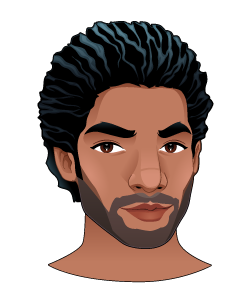 When was the last time you had to go to the doctor? If you are like most people, you might not need to go very often, which is why most people don't realize the importance of having a great health care clinic's phone number handy. Unfortunately, if you find yourself in need of urgent medical care, it isn't always easy to track down the right place, which is why you should do some research to find a medical care provider that will work with your insurance, needs, and lifestyle preferences. Check out this blog for great information on choosing better health clinics.

Lice are tiny, parasitic insects that can take up …

Depression is a truly awful condition that affects …

If you have constipation that lasts for weeks, you …

If you are suffering from hair loss, have issues w …